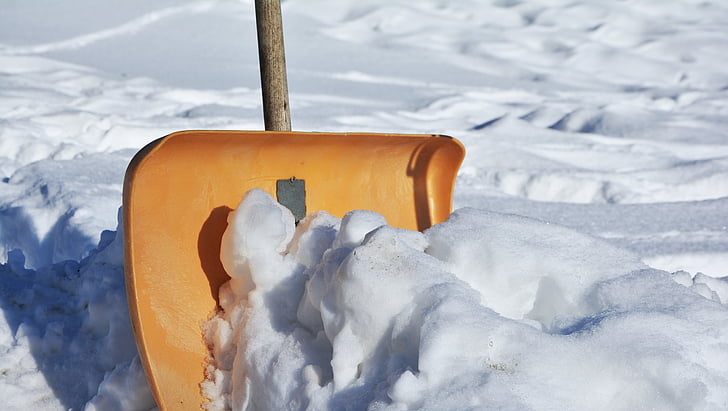 On Saturday it started to snow and continued snowing through to Sunday when it really started to snow. It was the worst blizzard we’d had in more than a decade. By Sunday evening much of the city was shutting down and Monday brought officials telling everyone to stay home.

We woke up to snow drifts several feet high and  temperatures well below freezing, but it had stopped snowing. My wife had her coffee and I my protein shake and then we headed outside, shovels in hand.

Since moving to Canada almost 24 years ago I have had many mornings of shovelling snow, but never this much snow. It was daunting, but oddly enjoyable.

My wife and I were to only ones out and, I’m not sure which of us started it, but we started cracking jokes about the situation. At some point I said, “I think snow shovelling should be added to the Winter Olympics” and then the conversation went something like this:

Her: “Heather Ross missed training during her formative years, having grown up in California, but she really made up for it, honing her skills during the past quarter century in Canada.”

Me: “She doesn’t look like at athlete, but look at her shovel.”

Me: “Of course, it would be the only event that every year somebody would have a heart attack.”

We were out there for more than an hour and much of it was like that.  She had commented about a lack of accumulation of snow on Saturday, so while shovelling I said that the next time she says something like that she has to go outside, turn around three times, and spit (a reference to an episode of The West Wing), which she had made me do twice while we were waiting for the election results and I tempted fait with my comments.

It was cold, until I had to unzip my jacket because I was heating up shovelling snow, which got us both making jokes about perimenopause like the women of the Baroness von Sketch show.

It was a beautiful morning, with fresh snow everywhere and the stars shining in the now clear skies. It was hard work, but I’m glad it snowed. What a great way to start my day.