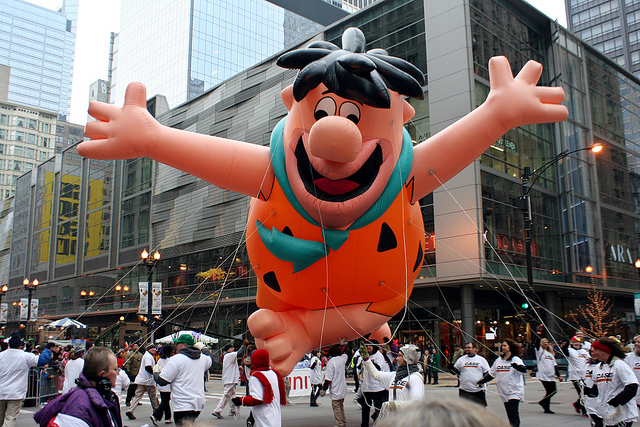 Just about 25 years ago I flew from Los Angeles to Las Vegas to attend the graduation of a close friend who was getting her degree from UNLV. From what I remember, the trip up there was uneventful. I attended the ceremony and that night I found myself at Circus Circus with my friend’s younger sister and aunt. While there I won a rather large (about 18 inches tall) stuffed Fred Flintstone. I don’t think the logistics of how I was going to get it home ever occurred to me, but I have a vague recollection of stuffing it into the overhead bin on the plane. 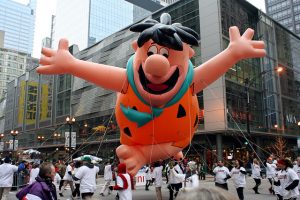 I think my father had driven me to LAX airport for my flight to Las Vegas, but upon my return I needed to catch an airport shuttle back to my parents house, where I was living. This was my first time flying by myself, and considering just how unseasoned a traveler I was at the time, the fact that absolutely nothing went awry until I got back to LAX was pretty impressive.

My big mistake was waiting until I got to LAX to get the cash I needed to pay for the shuttle. I had to pay cash because you could only use a credit card if you booked ahead of time and I don’t remember why I didn’t just do that. Anyway, I collected my luggage and headed for a cash machine, Fred tucked under my arm. The note on the ATM said “Out of order”. Well crap.

I found an airport employee and asked where there was another ATM and was informed that I’d need to go to a different terminal. So, Fred still along for the ride and my time until the shuttle leaving approaching quickly, I set off at a run for the next terminal. Picture that for a moment, I’m sprinting between terminals at LAX, hauling what I think was a duffel bag (so no wheels) with Fred Flintstone’s head hanging out from under my arm.

The ATM in the next terminal was, of course, on the other side of security. Thankfully this was still in the days that you could go through security without a ticket or I would have been hooped. I made it through, found the ATM only to be glared at by the menacing notice that it was “Out of order”.

Near the ATM was a desk for American Express. A woman was behind the desk and a man was standing with his back to me counting out a large some of cash he had just received from her. I sheepishly asked her if there was anyway I could get a $20 advance against my Visa. She said she could that, but there would be an additional $20 fee. Of course there would be.

What happened next, made all of the stress of the day wash away. Without even looking at me, the man counting out his money, passed me a $20 bill over his shoulder. I was stunned. I thanked him (he still didn’t look at me) and Fred and I took off to catch the shuttle, which we did.

Now it’s entirely possible that they guy just wanted me to go away and, for him, it was worth the $20, but for the past 25 years I’ve held on to the belief that he did it because he wanted to help somebody. I try to, when given the opportunity, do things that allow me to pass his act of kindness forward.

As for Fred, he’s stashed away in my basement. I’m thinking that it’s time that I pull him out and pass both him and this lesson on to my daughter.

Picture courtesy of Marit and Toomas Hinnosaar under a CC-BY license.