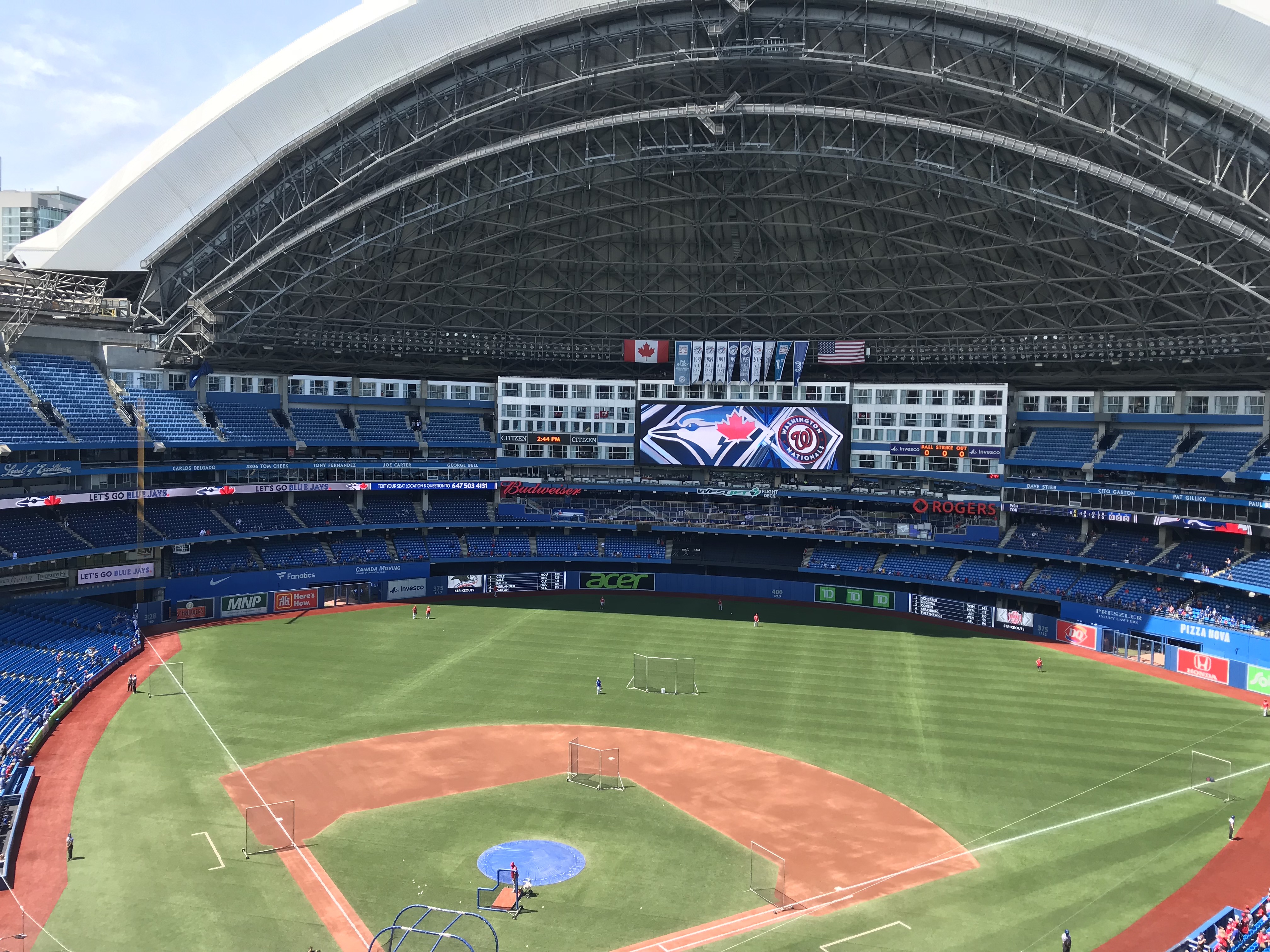 Lots of people have jobs that include customer service. In fact, I think most people these days have jobs that include some element of customer service, but I don’t think that they realize it. I wouldn’t refer to the people that I support through my work as my “customers”, whether this is through my work at the university or as a consultant . There are a few things that I try to keep in mind while providing assistance to others and when getting assistance from people in the service industry, which is way bigger than most people think.

I try to consider:

All of this plays a role in how I treat my clients and others I support, and those who provide services to me.

I recently took a very brief holiday with my little family to Toronto. A few weeks ago we bought plane tickets, tickets to two Blue Jays baseball games (we’re big fans), and tickets to go to Wonderland (sort of Canada’s Magic Mountain) with a friend of ours who lives in Toronto. We were very excited about our plans.

We were leaving on a Thursday and the weekend before we started setting aside things we planned to take, did our laundry, hauled out the suitcases, and made the final arrangements with our house / dog sitter. But then, a wrench was thrown into the mix. At her baseball game on Tuesday night, our daughter sprained her ankle. She left the game and spent the rest of the evening with ice on her ankle. We were hopeful and expected her to be fine with a day of staying off of it. We picked up some crutches the next morning.

By Thursday morning, her ankle wasn’t appreciably better, but we headed for the airport, crutches and all. We boarded first and upon arriving in Toronto, as we exited the plane, my wife ran ahead and obtained a wheel chair, which was great because even I was tired of walking by the time we finally made it to the luggage carousels. If you’ve ever been in Toronto Pearson Airport you’ll understand. 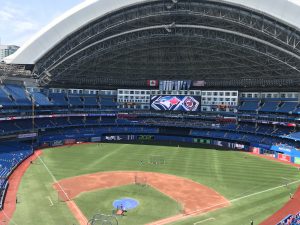 The next day, our friend drove us to Wonderland and we rented a wheel chair then headed for the rides. We spent the morning and until just past lunch pushing her around and having fun. We even avoided many lines because she had to use the accessible entrances. This requires going up to one of the people running the ride and getting them to put the time we should come back to get on the ride on a pass we’d requested. The wheel chair rental guy had given us different instructions, which cut into our fun time, but it all worked out in the end.

When we got back to where we were staying I called the Rogers Centre where the Blue Jays play their home games. I told them that we had seats on the top level for Friday night and Saturday afternoon, but that our daughter had sprained her ankle. No problem, the woman told me. She instructed me to have our cab driver drop us off at a particular gate and somebody would be waiting for us. Sure enough, we got to the Rogers Centre and two women were waiting at the curb for us, with a wheel chair.

We had hoped to go to the Jays Shop to see about a couple of souvenirs so one of the women pushed our daughter there and then around the store. She then wheeled her to the elevator and up to our seats. Somebody came back to check on us in the third inning to make sure she was doing okay and to inquire if we planned to stay for the whole game, which we were. At the end of the game, the woman returned with the wheel chair, took us back to the curb, and then one of her colleagues called us a cab. The same sequence occurred again on Saturday, minus the trip to the store because we’d already been there, done that. One of the attendants who helped us on Saturday mentioned that it was his summer job, and I suspect that might have been true for the women on Friday. All of them were friendly, not just to me and my wife, but also as they actively engaged with our daughter.

Yes, they were doing their jobs. Yes, they were getting paid. Yes, our daughter can be quite entertaining (she has visions of becoming a stand-up comic).