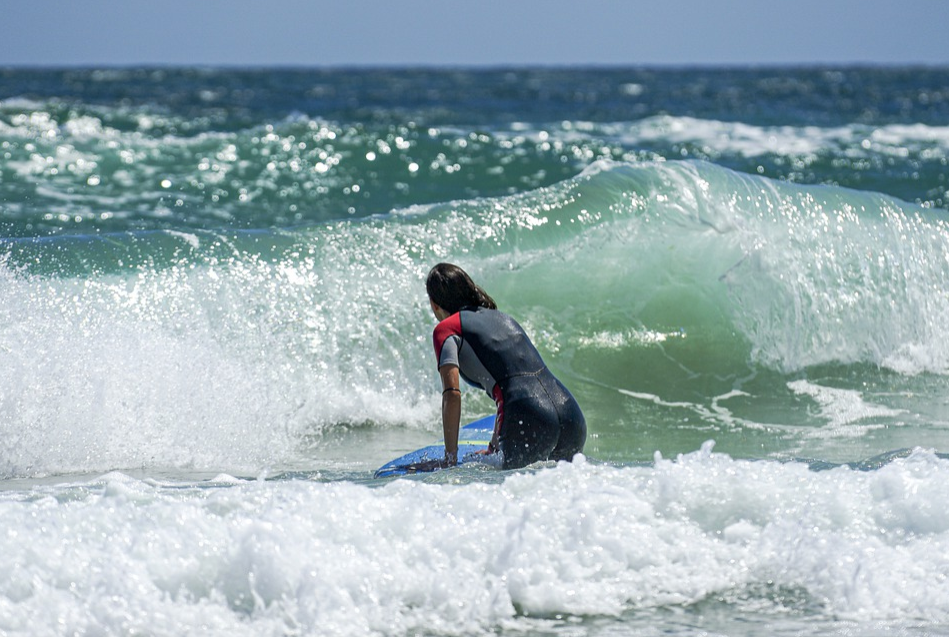 During one of my meditations the other day, the instructor on the app quoted an unknown source, saying “you can’t control the waves, but you can learn to surf.” I tried, in vain, to not keep saying that to myself while meditating, but when I was done I quickly wrote it down.

What a beautiful way to put it. No, we can’t control some of the twists and turns, ups and downs in life, but we can learn to ride them out (without wiping out), and if we’re really good, do it with some flare.

While I grew up in Southern California, I never learned to surf. I do know that it takes balance, the ability to spot the good waves and decide which ones to catch and which ones to hang back from and rise above. It also takes courage, facing fear, getting back up after being knocked down.

I continue to get better at riding the waves that life sends me, and I even manage to help out others who either can’t bring themselves to stand up in the first place, or who need some help after a wipeout.

Maybe when we’ve made our way through the tidal waves we’re facing now, I’ll learn to actually surf.