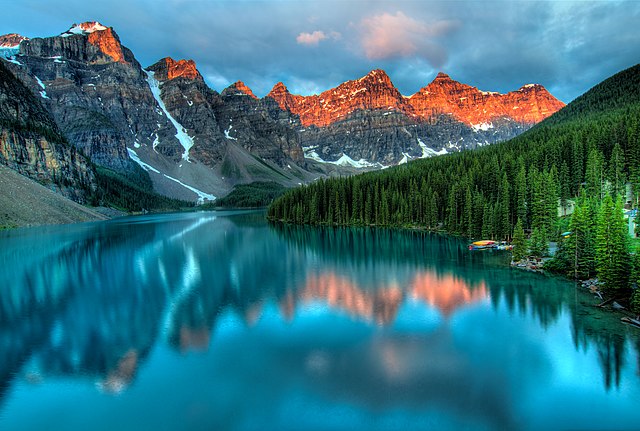 This morning I was meditating with Jeff Warren. We weren’t in the same room or anything, it was a recording. Anyway, Jeff was telling me (and any one else who listens to that recording) to picture myself as a mountain – strong, deeply grounded, etc. I was trying to get into this mindset, when I started thinking that if I was a mountain, as he was describing, my bottom would probably get really hot because of the earth’s core and all and so the mountain metaphor stopped working for me.

I realized what I’d done. Instead of focusing on the strong and firmly rooted into the ground image he wanted me to have, I’d let myself go to “yeah, but my butt’s gonna burn off from all that molten lava down there”. Instead of just realizing this and going back to being the mountain, that initial “wait, forget about the heat, get back to picturing yourself as the strong mountain” moment, I had an even bigger “holy shit” moment.

It’s not that I don’t think we need to do everything we can for people in these situations, but I can’t use them as an excuse to not try something that might work for me (unless of course, my actions would hurt them).  I also can’t base my experience of trying something more than a decade ago when my situation and abilities are different. I’m talking about things related to health, goals, productivity, etc., but I’ve heard this argument in other contexts.

“Eating more locally grown food sounds good in theory, but people in big cities can’t do that.” True, but if you live somewhere that you can, then don’t use people who can’t as a reason not to.

“I tried that type of food once when I was a teenager, at a restaurant in another city and didn’t like it.” Seriously? Maybe it was a bad restaurant. Maybe your tastes have changed in the past 30 years. It’s still your decision, but have you considered these possibilities?

My biggest realization of all of this was that I haven’t been practicing one of the key fundamentals of I’ve espoused through these posts, podcasts, and talks. In most things in life, there is no one way that is the right way for everyone.

I also realized that I think way too literally when listening to a guided meditation. In the end, I came back to Jeff’s guidance, and my end was unscathed.

Featured image courtesy of James Wheeler under a CC-BY-SA license.