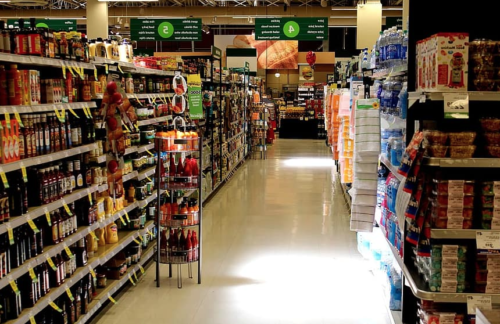 When I first started on medication for my depression in early 2019, I experienced some anxiety as my body adjusted to it. I called the pharmacist and she commented that the medication would help with my anxiety, to which I replied, “I didn’t have anxiety until I started taking this medication.”

The medication didn’t help with my depression so the doctor switched me to something else, which I’ve now been on for more than a year. It seems to work quite well for me so I’m glad that I’m on this one.

Last week, I was feeling a low level of anxiety about something, probably either pandemic or work related. It was low-level, but noticeable enough to me that it got me thinking about that feeling. I realized that I was wrong about not having had anxiety before. I recognized that I’d had it throughout the bout of depression that I struggled with from fall of 2018 through the spring of 2019, but it wasn’t until I paid close attention to that feeling I had last week that it occurred to me just how many times I’d felt that before.

I remembered several times being in social situations and thinking “I’d love a glass or two of wine” because I felt kind of “jittery”. If it was available, I’d have one or two, if not, I’d find some place quite to step out to. That was the same feeling I had last week.

I also remember being a teenager and having the same experience. We’d have company at our house and I’d excuse myself and go up to my room for even 5 minutes – long enough to help calm me down enough to return, but not so long that anyone seemed to notice.

I remember being in the grocery store with my mom, also when I was a teenager, and having some anxiety. I mentioned to her that I wasn’t feeling well, maybe I was hungry, or coming down with something, but I just felt like I wanted us to go home. During my depression, the grocery store seemed to frequently cause that feeling.

It might sound strange, but there is something about grocery stores that can trigger anxiety.  Matt Haig actually wrote about the grocery store / panic attack connection in his book Notes on a Nervous Planet, and I think it fits with anxiety too.

“Panic is a kind of overload. That is how panic attacks used to feel. An excess of thought and fear. An overloaded mind reaches a breaking point and the panic floods in. Because that overload makes you feel trapped. Psychologically boxed in. That is why panic attacks often happen in overstimulating environment. Supermarkets and nightclubs and theatres and over crowded trains.”

I think, for me, if I’m experiencing even a very low level of anxiety and go into a place that can make even a completely healthy person feel somewhat overloaded with stimulation (say a grocery store with mazes of aisles and signs and labels all screaming at you to buy something),  I get pushed into a noticeable feeling of anxiety.

When I was a teenager I couldn’t have told you what it was called, which I guess is why it’s taken me this long to realize that that feeling I’ve had on and off for the past 30 plus years is anxiety.  That first medication just made it worse, and helped me, eventually, to give it a name.