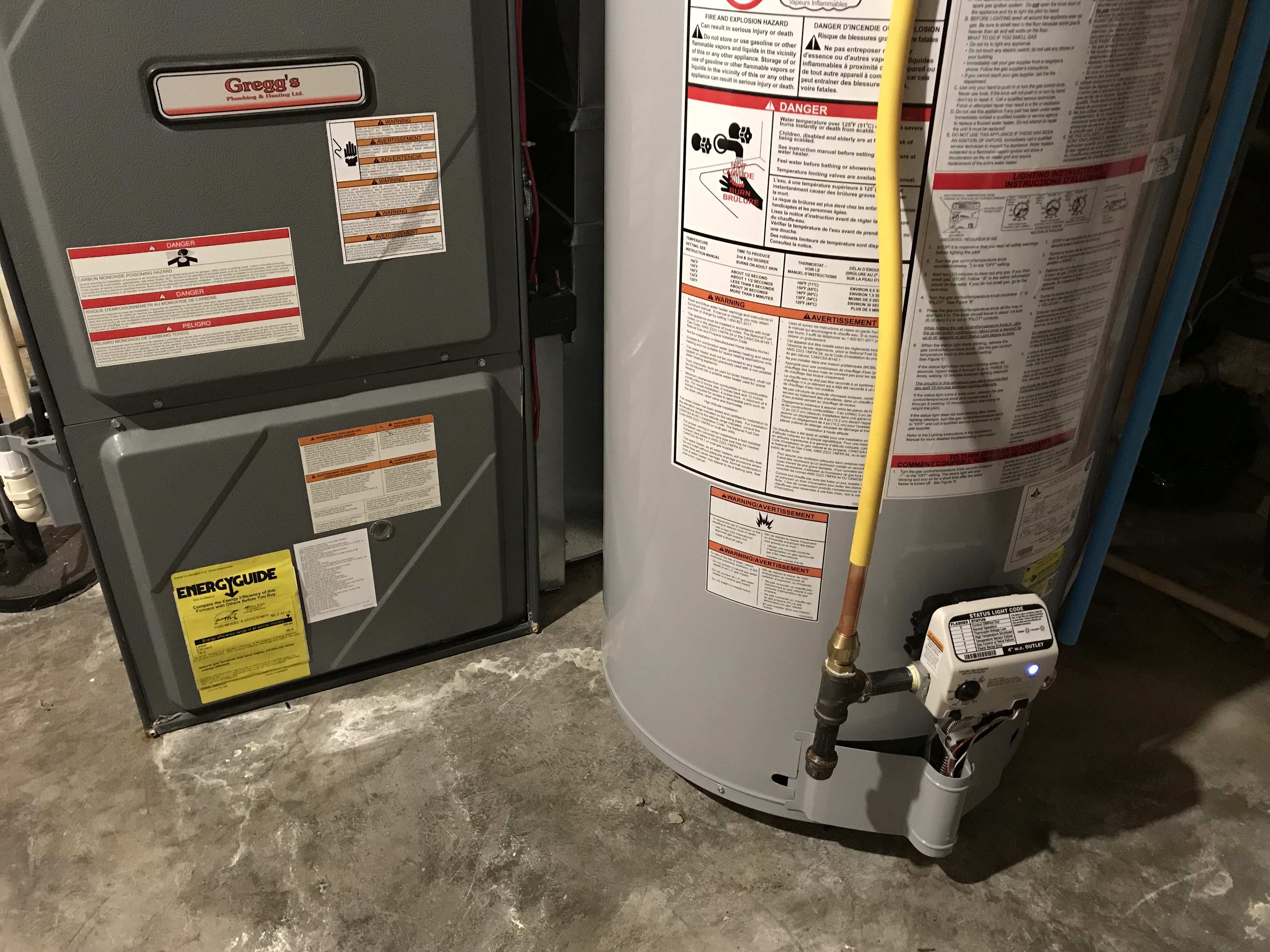 I know that I’ve been a calmer person the past few months, but this week really showed me just how much. Life happened this past week, which is one of the reasons why I haven’t added a blog post in awhile.

Last Wednesday my wife called me at work to tell me that our 14-year-old water heater was leaking in the basement. She asked if I could come home to wait for the repair person because she needed to get to work. I fortunately had no meeting so I  grabbed my stuff and went home.

Not only did we need to replace our water heater (it really was time), but even just the little bit of water on the floor had seeped into our furnace and shorted out the circuit board.

Yes, having to deal with something like this can be stress inducing (water in the basement and a hefty bill and all) and it threw off our days, but I think I mostly took it in stride. While the water heater and circuit board were replaced I got work done. I was also home to make dinner for my family.

I stayed calm throughout the process of getting home, working with my wife to turn the very stubborn valve to turn off the flow of water to the water heater (it’s possible it hadn’t been moved since it was installed and the little bolt didn’t want to budge), and repeatedly emptying out the pan my wife had placed under the water heater to catch the leak.

The next morning, I went downstairs for my workout. The water hadn’t spread far in the utility room so only a very small area was impacted. Before getting on the treadmill I glanced in there and realized that the water had likely made it far enough to touch the edge of a section of carpet that had been laid there by the previous owners.

I felt it, and sure enough it was wet. I lifted it and could see how far the water had spread. My wife came down shortly after this and we went to work with a saw and gardening shears to a section out of the carpet bigger than where the water had touched to ensure that we wouldn’t need to worry about mould.

By the time we were done I needed to have breakfast, shower, and get to work. I didn’t exercise or meditate that morning. At the time I thought, “I’ll do it after work”, but later in the day, as I thought about what my evening already looked like I decided to let it go. I would end up staying up too late if I tried to get a workout in at the end of my day and decided sleep was more important.

I could have responded to the events by getting really stressed out and worrying about how bad it was going to be, how expensive the repairs cost, that I had two days thrown out of whack because of this, but I didn’t. If I had, I think the stress would have thrown me off for several more days by snowballing.

Instead, I think I had the reverse happen. Yes, I was under some stress. Who wouldn’t be in that situation, but I didn’t feel any anxiety, which helped me to know that I could handle these unplanned repairs. Also, the longer I stayed calm about it, the calmer I became.

Life happens. Sometimes getting wired up about something gets you to take action, such as my wife getting the pan under the leak and calling for a repair technician. Sometimes, it can be paralyzing, especially if there’s nothing you can do about the situation. What good would it have done for me to be highly stressed about it while the repairs were being done? The leak was stopped, the repairs had to be done, and we have the means to cover the bill (and yes, I know that the fact we were able to get the repairs done that day and that we could pay for it makes us very fortunate).

Honestly, I don’t think how well I handled all of this occurred to me until later. It was so automatic while it was happening, yet very different than “automatic” would have been for me in the past when I would have been anxious that I was making all of the wrong decisions, or that the water damage would be much worse than it was, etc.

The next time “life happens”, if I feel that anxiety I’ll be able to remember this and how well I handled it all. I’m sure we’ve all had times in our life like that, something we can draw on when we’re facing a problem or less than fun event.  When life happens, sometimes you have have to go with it.