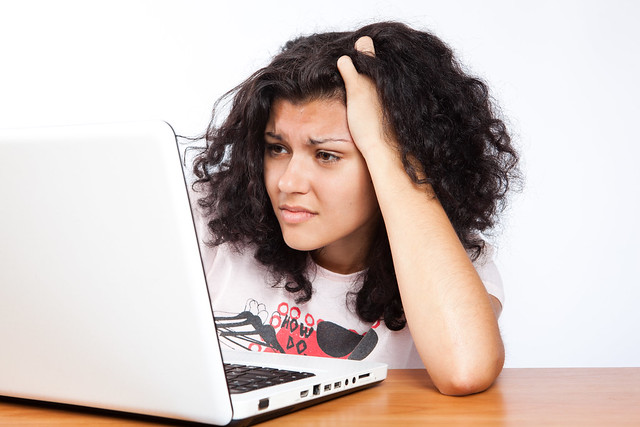 Earlier this week, a casual friend said something that, to me, made it sound like I’m a bit flakey, something I’m never thought of myself as, nor has anyone else ever given me any indication of. It bothered me for a little while that day, but then I had two thoughts. The first was that he probably didn’t intend for that to be the message and the second, even if he did mean it that way, he’s not even close to being on my list. Honestly, this really did allow me to just let it go and not worry about it.

A couple of days later, this again came to mind. Someone I may have met at some point, who does not work at my university, failed to give me proper (actually any) credit for the the work that I do in a forum with a large audience. I was initially irritated, but then thought “is this just ego on my part?” I tried to apply the previously mentioned list rule to the situation as well. He’s certainly not on my list and I tried to let it go, but then I realized that the list rule doesn’t apply to such situations.

This wasn’t something someone said about me. It was complete disregard for my professional work, and of the work of other hard-working people at my university. It wasn’t about ego, but rather about fairness and reputation.  He didn’t steal my copyright or trademark so it’s not a legal issue, just, again, a matter of fairness, of what’s ethically right or wrong.

Now, these things happen and there isn’t a whole lot that I can do about it that would be in line with my manifesto. It’s well known by my professional peers what happened and that’s what matters the most to me. The lesson that I learned from this is that the list rule doesn’t always apply and it’s okay to get angry as long as I remain constructive about how I respond to that.

Featured image courtesy of CollegeDegrees360 under a CC-BY-SA license.