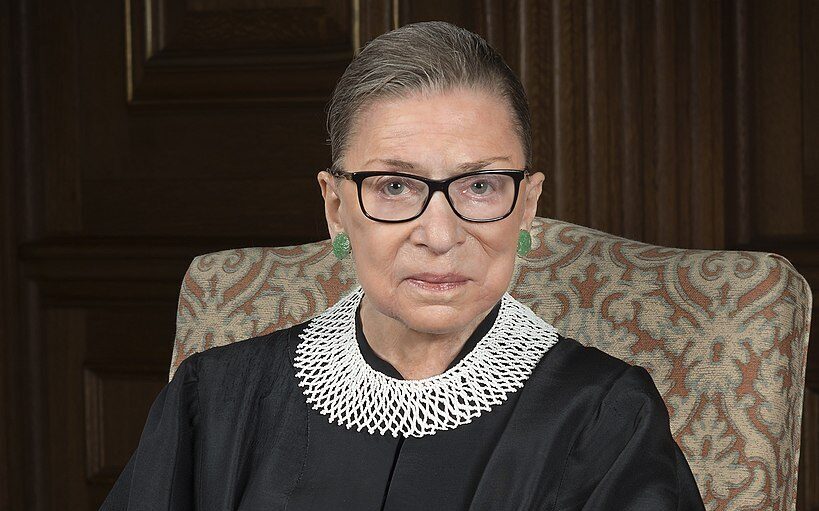 Last Friday evening I got a phone call from my friend Wenona. She wanted to know if I was okay, given the news. I hadn’t seen any news in a few hours so my mind went to things like an earthquake in California where my parents live. No, the San Andreas hadn’t given way, but rather the life that had been Ruth Bader Ginsburg had.

I felt a deep sadness wash over me, and she knew that would happen. She reached out to me to make sure I was okay. I try not to check my work email or messages when I’m not working, but my friend Sara (who Wenona and I both work with) had also reached out on Friday evening.

When we’re first processing tragedy or grief it can be difficult to have even friends reaching out to you. Again, you’re still trying to process what this loss means to the world, let alone you personally.

Even after the lessons I learned from being honest about my depression, when my friends reached out this time, I didn’t reach back to them. Instead I scrolled the news and rhetoric, even searching for “those people on the other side” to see if they were jumping on her death to try to replace her (which sadly they did). I did exactly the opposite of what would have been healthy for me.

I think the Notorious RBG, being the good Jewish mother that she was, would tell me to put my phone away, have some soup, curl up in the warmth of my family AND friends, and care for myself in those first moments, even days.

In Judaism, we have a tradition of observing something called shiva. The family mourning stays in their home, feeling their grief, praying, and welcoming friends, family, and members of the community to join them in their grief. This goes on until sundown on the Friday night following the death of the loved one. Justice Ginsburg died on Friday, so shiva would be observed until the following Friday.

Another important tradition is that following the funeral, Jews are not to visit the grave for one year. After that year, the headstone on the grave is unveiled in a brief ceremony. The purpose of this year, following shiva, is that you spend the time trying to move on, honouring the lost loved one with your actions instead of wallowing in your grief.

We’re not Justice Ginsburg’s family, and most of you reading this post probably aren’t even Jewish so we don’t need to observe shiva for her, but that doesn’t mean we don’t take time to grieve. Let your friends reach out to you and you to them. Let yourself mourn, but then soon, just as shiva only lasts a few days, it is time to honour her with right action.

As the great Justice said, “Don’t be distracted by emotions like anger, envy, resentment. These just zap energy and waste time.” Let’s act in the spirit of the love we felt for her. Let’s move forward with her still inspiring us. Let’s act to the best of our ability (which was what she believed). Let’s avoid hate for those we disagree with (she was a role model for this with her friendship with Justice Scalia), while trying to persuade them and doing what we know is just.

Let us all use our grief to have notorious strength, courage, and tenacity as we strive to make the world a better place. Let’s make her proud.