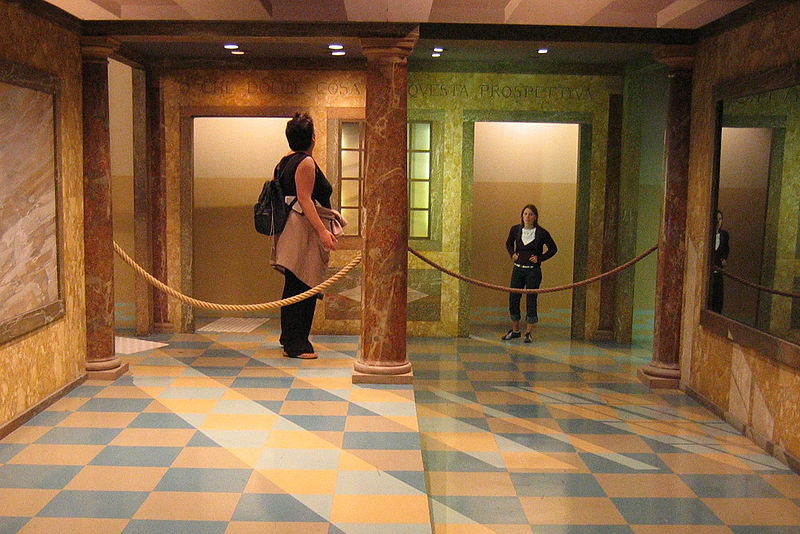 In a couple of weeks I’m giving a keynote at a conference in Vancouver. As part of my preparation for this I’ve asked a friend who has a background in design to give me her thoughts on the images I’m using. I try to use a lot more images than text. Next week I’m doing a practice run of the talk in front of a group of colleagues to get their feedback before I give the talk at the conference.

I can look through my slides and say to myself, “yep, that looks good” or “the order that I’m explaining things makes sense”, but I’m way too close to this to really have any objectivity, which is why it’s so important for me to get some outside perspectives. Sometimes we can be too close to a situation to see things as they really are, which may cause us to either judge ourselves or our work too harshly, or to overlook something that should change.

When I first wrote about my depression on this site, I mentioned that other people noticed that something was wrong, which led me to admit to myself that that was what was going on. Their comments gave me the outside perspective that I needed to really see things as they were, and also opened the door for me to talk to them about it, which I hadn’t done in the past. Later, the outside perspectives of others was key in reminding me of the things that I had accomplished, the things that were going right, and just how strong I was.

I value the perspectives of others, but I think there are some important rules to keep in mind. Again, this is advice that I need to remember as much as I want you to consider.

Only ask for the outside perspective of somebody you trust to have your best interest in mind. If you’re unsure of whether a particular shirt in a store looks good on you, ask a friend, not the sales clerk.

Ignore unsolicited feedback from anyone who you don’t generally trust to have your best interest in mind, unless it relates to behaviour that they feel is hurting others, including the person giving said feedback.

Only ask for somebody else’s perspective about something you’re doing or a decision you’re trying to make if you really want to hear the answer and you’ll consider the feedback. Chris Anderson, the head of the TED organization reminded me of this via his book TED Talks, which I’m currently reading. If you aren’t even going to consider anything negative they have to say because your mind is already set, don’t waste their time. Asking for somebody’s feedback shouldn’t be just to stroke your ego.

Which brings me to the fourth point, make sure that if it’s a body of work you want somebody’s outside perspective on that you’re really ready to show it to others and not just looking at a way to procrastinate by constantly waiting to hear from others instead of getting shit done (general idea for this point from Rachel Hollis in Girl, Stop Apologizing).

An outside perspective can be incredibly valuable when you ask for it from the right people and for the right reasons.