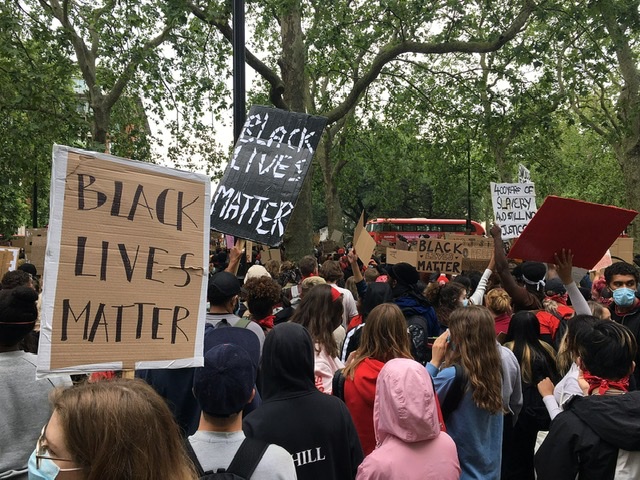 I work for a teaching and learning centre at the university, so the importance of passing on knowledge is at the heart of what I do. It’s the reason I was briefly a journalist before going into education.  Teaching and learning go hand-in-hand, not just because actual teaching requires a learner, but because, as Phil Collins sang in Son of Man from the animated Disney version of Tarzan “In learning you will teach, and in teaching you will learn”.

More importantly, we’re learning that we need to do far far more to ensure that people who have been not only marginalized, not only deprived basic civil rights, but  denied the very human rights so many people take for granted. People who are Black, Brown, Indigenous, Asian, or LGBTQ are entitled to the same human rights and civil rights as everyone else.

My wife and I finally watched The 13th the other night, which while I knew about a lot of things they talked about in the film, I was still shaken to feel like I need to do more, to learn more, to teach more.

Over the weekend our daughter asked me why it’s not “All Lives Matter” (remember she’s 11) so we talked about the privilege we have because we have white skin, about Colin Kaepernick, and about the marches.

Yes, we live in the Canadian Prairies, which makes a Jewish kid with two moms a bit of a unicorn here, but she now gets that the colour of her skin means she can walk pretty much anywhere she wants and not have to worry about being harassed, or even shot at, by the police.

It’s not that we or our families haven’t faced systemic discrimination or even a violation of human rights. I moved to Canada to be with my now-wife because the US didn’t recognize us as a couple. I’ve struggled to get my daughter registered with the US consulate so that she can access the rights she has as the child born to an American citizen and been denied because I’m not married to her biological father. My paternal grandparents changed their last name after facing rampant anti-semitism is the US in the 1930s and 1940s, at the same time that my grandmother’s cousins were being murdered in concentration camps in Poland.

These past wrongs don’t make it okay for us to say, “yeah, but my family went through this so I don’t have make the effort now for Black or Trans lives” These past wrongs aren’t a free-pass. Instead, they require us to speak up for others. The ghosts of the past demand justice and equality for all so as to avoid repeating the past and to put an end to the continuing wrongs that harm so many.

Featured image courtesy of Katie Crampton under a CC-BY-SA license.