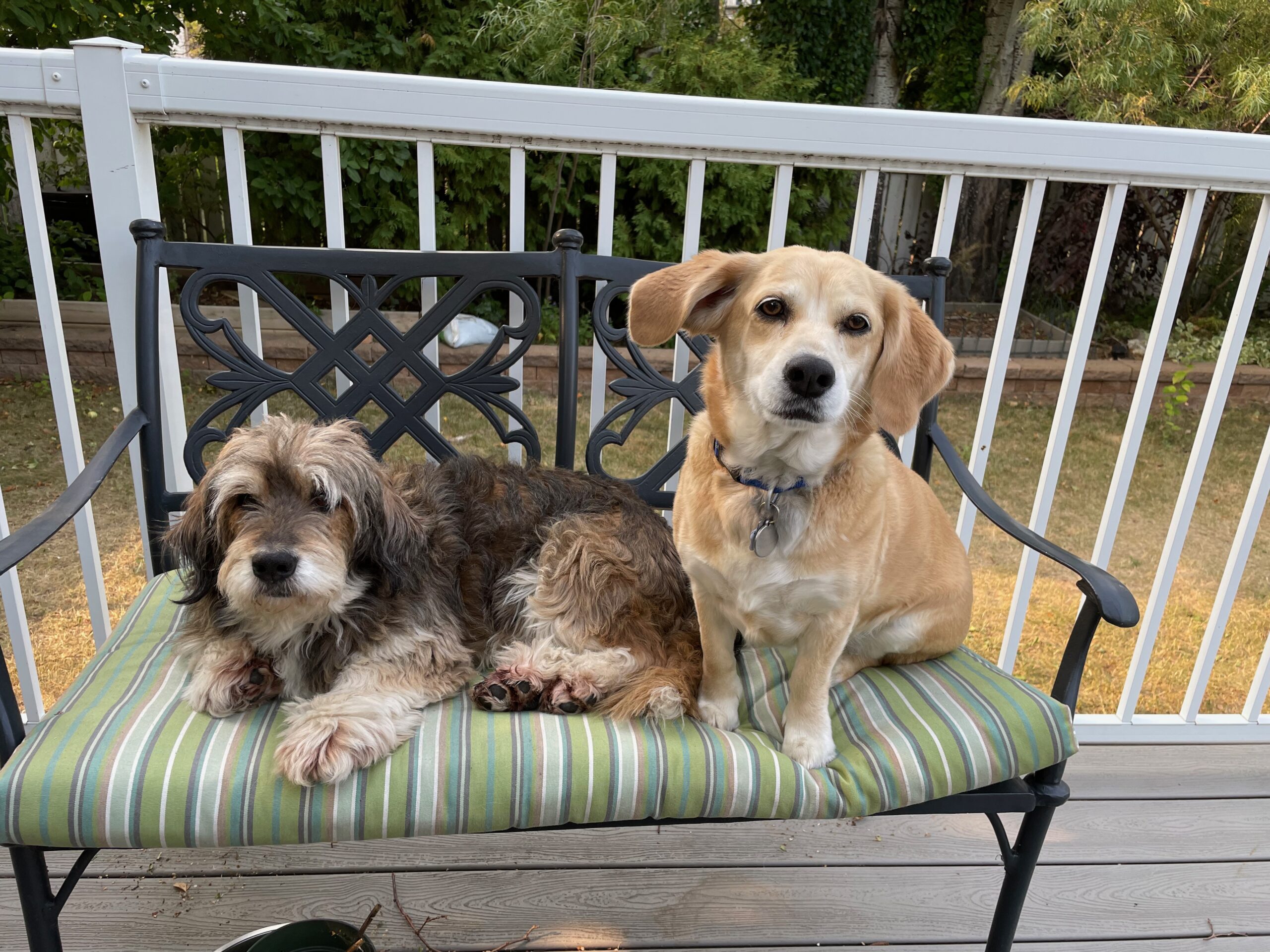 I don’t own dogs. If anything they own me. My wife and I got our first dog from the Toronto Humane Society in the late 1990s while we were living in the area. From the beginning our little beagle / corgi / terrier mix was the queen of our home. About a year after we moved back to Saskatoon and adopted a sibling for her at the Saskatoon SPCA. He was tall, dark, and handsome (a lab and border collie cross), but seemed to instinctively know to bow down to his sister. When I became pregnant with his human sister, he knew first and stopped jumping up on me. From then on, he was clearly her big brother.

Our queen died when she was sixteen, but had been in declining health for a couple of years. We should have made that very hard decision sooner. At fourteen, the duke (his nickname) was still acting like a big gangly puppy when he suddenly became very ill (he had an unknown intestinal tumour that caused a rupture). He was dying so we made the obvious decision to end his suffering. In both cases I held them as they died and in both cases I didn’t just cry, I sobbed. We were their people. They had been our children before our daughter was born.

A few months after the duke died, I saw that the SPCA had a beagle / corgi / terrier up for adoption. She was so new that her picture wasn’t even up yet. I immediately called and said “Hold that dog. We’re on our way.” We brought her home and from that point on, we’ve been sure that the queen had returned. If you’ve seen a A Dog’s Life you’ll understand. She’s our “Boss Dog”.

This past summer we adopted a new duke. He’s a Wheaton terrier and we think basset hound cross. He loves to eat, cuddle, and go for walks. He’s still learning, however, that he needs to bow down to the queen and she is constantly trying to teach him that lesson.

This week, at the age of eight, our queen was diagnosed with lymphoma. We discussed options, putting what’s best for her at the heart of all decisions. We decided to have tests done to determine the extent of the cancer. The doctor is optimistic, not about a cure, but about her chances of responding well and having a good quality of life for potentially another year or so (the side effects of chemotherapy in dogs is nothing like it is in humans). She could be wrong and we’ll have to again make that difficult decision sooner rather than later.

I have loved each of my dogs a great deal. They are part of the family. We aren’t their owners. We’re their people and they’re our pups. I’ve long thought it’s wrong that their lives are so short, but I try to treasure every day we have with them. The wonderful memories of the unconditional love they give helps to ease the pain when their gone.

On a final note, this post is about dogs, but I have friends who have had to make that hard decision and say goodbye to their cats. I’ve never had a cat, but I know that the experience must be similar for a cat’s people (although maybe not the unconditional love part.)