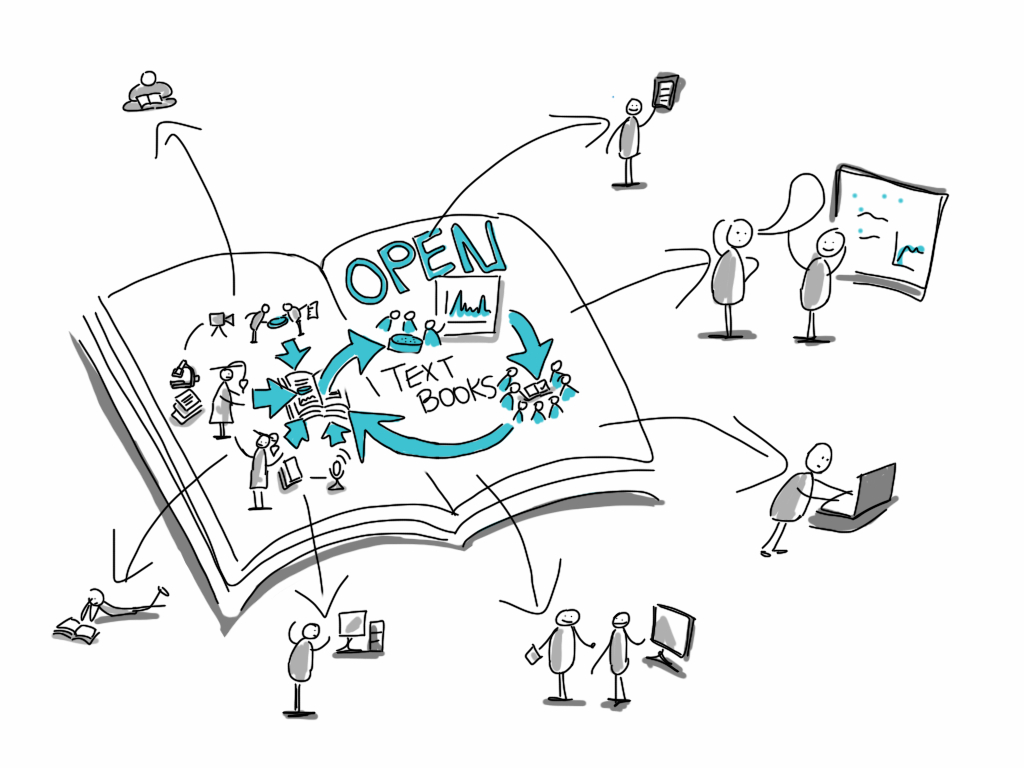 Yesterday my manger had some rather stern words for me and I’ve been thinking about what she said since then. She was very kind about it, wasn’t mad at me, and said what she said out of concern for me.

I lead an initiative at our university related to students having access to free textbooks. Yes, this is completely legal. They’re written with the point of them being free of most copyright restrictions and to be free for whoever would like to read them. They’re called open textbooks.

Anyway, on Thursday I found out that a large course that had used one of those books for the past four years was going back to a “traditional” textbook that students will have to buy this year. I kicked myself for several minutes when I found out and then calmed down as I remembered that I played no role in this change back to students having to buy a book for that course. That, to me, was a sign that I’m healthier and that I view failures in better ways (while I lead the initiative, this particular change was not in anyway my failure).

Yesterday I totalled up the numbers for the number of students who will benefit from the use of open textbooks this year and it’s a significant growth over last year, despite the loss of that one large course.  Lots of people worked hard for that growth, but I played the part of getting the ball rolling on every one of them. I pitched the idea to switch to an open textbook to the instructors and department heads involved and their students will see real benefit this year.

This is, I think, the sixth year of this initiative and every year we’ve had growth in the number of students benefitting from it. Since the initiative started that growth has increased in the neighbourhood of 2,000 percent, which is ridiculously good and means the students have saved a lot of money. While every year I’m thrilled about this, it puts a lot of pressure on me, I put a lot of pressure on myself to keep that growth going, which is really a dumbass (not badass at all) expectation.

Now the part about the stern words from my manager. She came into my office to tell me something and when she was done I told her the percentage of growth in the use of these books this year in terms of the number of students. She was thrilled and giving me kudos when I said, “Now I’m trying to figure out how I’m going to do that again,” which is when she fixed her glare on me and told me to celebrate my success, enjoy the moment, and not worry about “what’s next” until I have.

This was an important reminder for me and I’m grateful that she said it. I’ve been trying very hard to look at failures in a healthier way, which I did this week, but I clearly need to work on how I take success. Failure isn’t a reason to beat myself up, but to learn and hopefully move on. Success is a reason to celebrate, but also to learn (what was done right to bring about that success), and only after that, move on.

When the numbers make their way higher up the chain and are made public there will be some celebrations. I’m not going to worry about “what’s next” until after that.