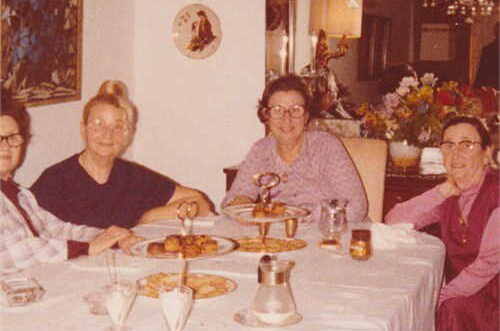 Back in December I wrote a post about the importance of learning about history, even the history that’s hard to hear about. Something happened since then that made me want to write a more personal post on the subject.

Not long after my daughter was born I started looking into our family history. My dad had done interviews with my grandmother and my great-aunt (my grandfather’s sister) in the early 1980s so I started there. A couple of weeks ago I mistakenly deleted some people from my Ancestry family tree and it resulted in having to rebuild an entire branch (a user failure and a user-design failure on Ancestry’s part).

While rebuilding it I came across some new hints for artifacts and possible connections to relatives.

The story my grandmother told was that her mother’s brother, Menasha (also known as Emil) was the only one of the siblings who didn’t leave Europe and come to America in the late 1800s. He, like the rest of the family was Jewish. He’d moved from Poland to Germany and met a German Jewish woman who he married. According to my grandmother, her uncle and his wife had two sons who died during WW I fighting for the Germans (her uncle on her father’s side fought for the Americans and was gassed on a least one occasion while in the trenches). My grandmother knew nothing else about her uncle.

What I found tells a different story. Her uncle actually fought in WW I, not his sons. He did have two sons – Max and Siegfried – and one daughter, Edith. Siegfried died in his 20s from some medical condition that isn’t listed. Edith left Europe some time before WW II and settled in the Chicago area (which is also where my grandmother grew up). She had children and they had children and I’ve made contact with a member of that branch of our family who still lives in Chicago. He has confirmed the information that I found.

Why am I telling you all this?

I knew that distant relatives of my grandmother had died in the Holocaust, but Max was her first cousin. They had the same grandmother.

Learning about our history be fascinating, but it can also be painful.

In another example of this, my father’s third cousin Bruce Gastwirth was convicted of conspiracy in the contract killing of a business associate. It turned into a famous First Amendment case because Bruce and his partners hired a contract killer out of the classified in Solider of Fortune Magazine. The magazine was then sued by the victims family. This isn’t exactly the type of story you share at family gatherings.