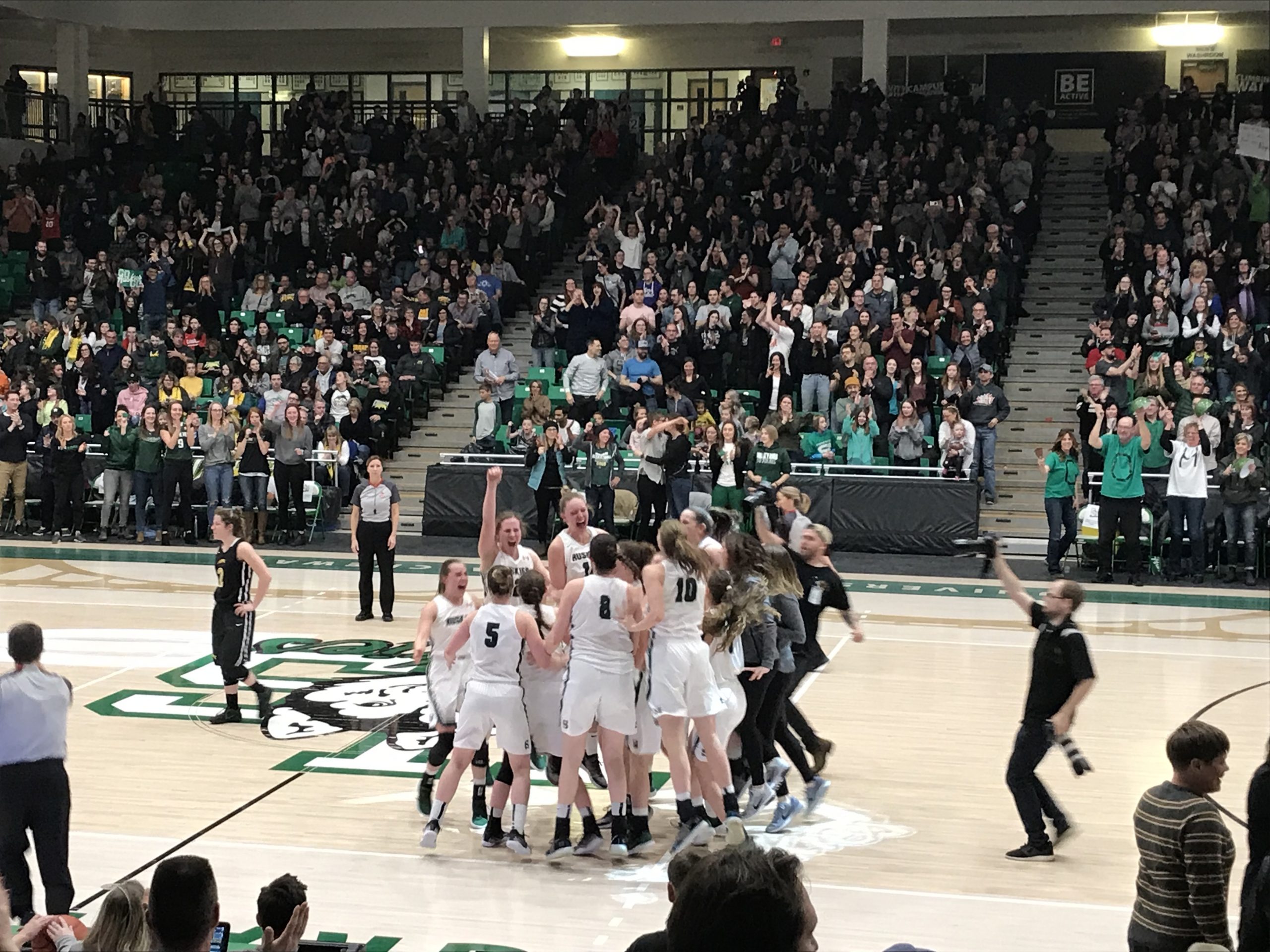 For the past two Sundays my daughter has had tryouts for a basketball team affiliated with the university where I work, the University of Saskatchewan. The tryouts alone have been an amazing experience as both two-hour sessions were run by players and members of the coaching staff and set up as coaching more than, “let’s just see what you can do.”

She loves basketball and the women’s team at our university is her favourite. She’s been to 12 of their 14 home games this season and always sits right behind the Huskies’ bench. Several of the players know her and at a recent game they signed a basketball that she brought with her.

They are the number one ranked team in the country right now AND their head coach, Lisa Thomaidis is also the head coach for Canada’s women’s national team, which is likely going to the Olympics this summer in Tokyo. Thomaidis lead the first tryout session. To say that my daughter is thrilled to spend time on a basketball court with these women is a massive understatement.

Thirty girls tried out for this team. Twelve or so will make the “competitive team” while the rest will be on a practice squad that will get to practice in the same space as the competitive team and still be coached by players and staff from the women’s basketball team. Yes, that’s right, they’re taking them all.  Why? The reason the assistant coach Claire Meadows gave for all 30 getting to be part of the program is that they want to encourage the girls to really love basketball and give them the opportunity to improve their skills.

I watched both tryout sessions and I was so impressed by how the women were patient and supportive with these girls, some of who may one day play for the Huskies as well. The mentoring and role modelling these women provide is like nothing I saw growing up and I’m happy for my daughter (though a bit jealous that I had no such mentors). She has these women to look up to who are not only great athletes, but are also smart, generous with their time, supportive, hard-working, and not afraid to dream big.

Let’s just say, she’s not the only one who’s thrilled that she gets this time with them.

Featured image by me. It’s of the Huskies winning the Canada West Championship in 2019.