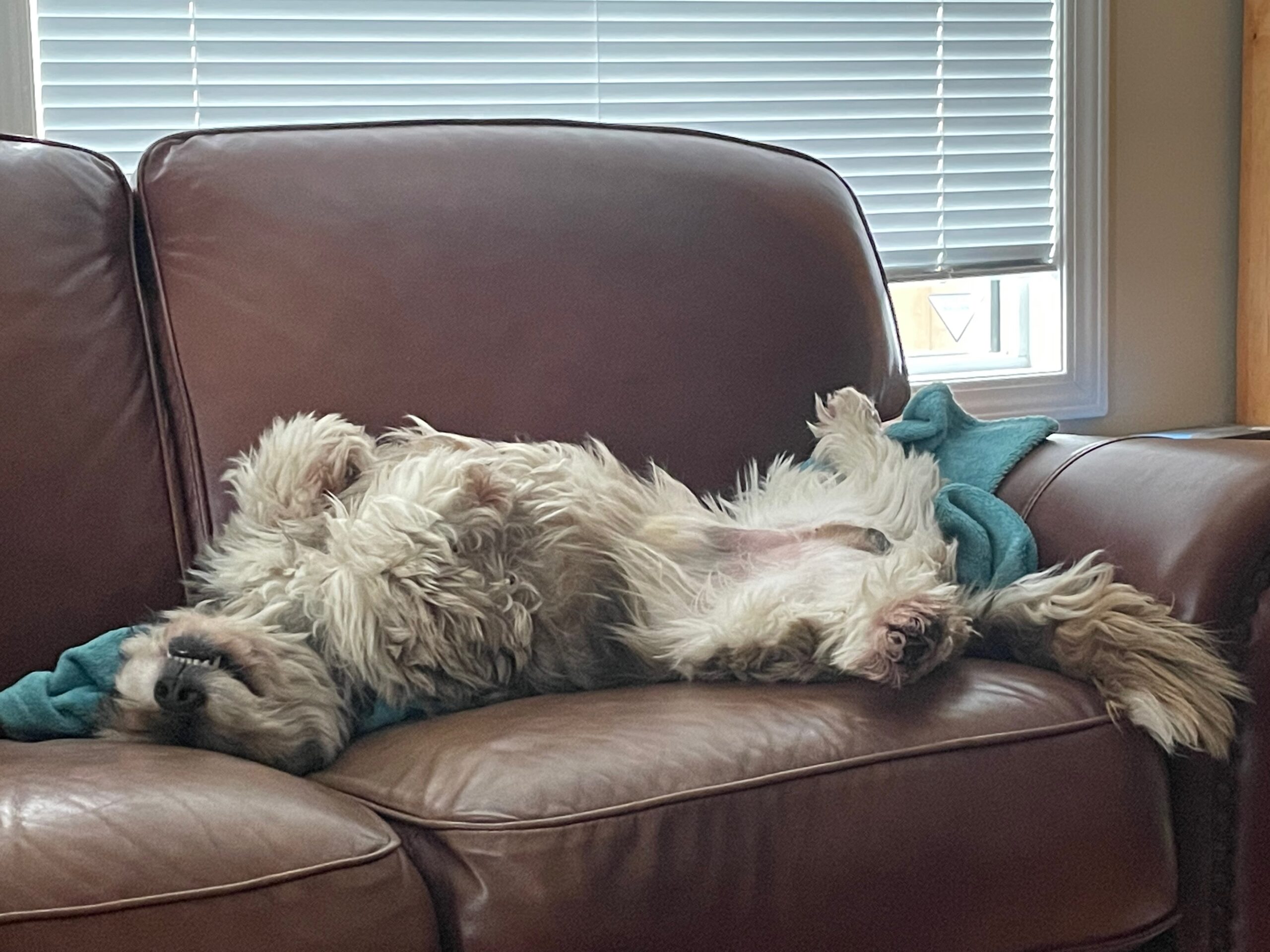 On Sunday my wife and I took our dogs and met up with a couple of friends and their dogs at a newly discovered dog park. There’s a fence all around it, but near one of the gates, there was a bit of a gap between the fence and the ground. Our newest dog, Henry, is some kind of Wheaton Terrier mixed with something smaller than that and he managed to squish his body down and go right under the fence. He was like a mouse scurrying under a door.

He’d done this at the dog park we usually go to and completely freaked me out and I went after him. He soon turned around and came back. This time, when he went under I screamed at him, worried that he would take off and end up near the road or the train track. He came back into the fenced in area the same way that he went out and I gave him a treat. During our next two laps around he did it again. It was now a fun game for him.

Later I thought about how my screaming after the dog, in my frightened state, must have sounded to my friends. Maybe they would have done the same. Maybe they thought I’d lost my mind.

I was reminded of being in labour with my daughter. Almost from the start my contractions were only a couple of minutes apart and that went on for several hours. It had been my intention to not have any drugs and one point I was worried that somebody was going to force me to have them because I was moaning / yelling so loudly. Of course, I was no louder than the average woman giving birth, but at the time I figured I must be annoying someone who wanted me to shut up.

In both cases, my response was normal. I was worried, frightened, and in the case of labour in a lot of pain.

Why should I worry about what others are thinking about me at these times. These are times of vulnerability. These are the times when good friends and good health care workers in labour and delivery support you no matter how loud your wild calls are.