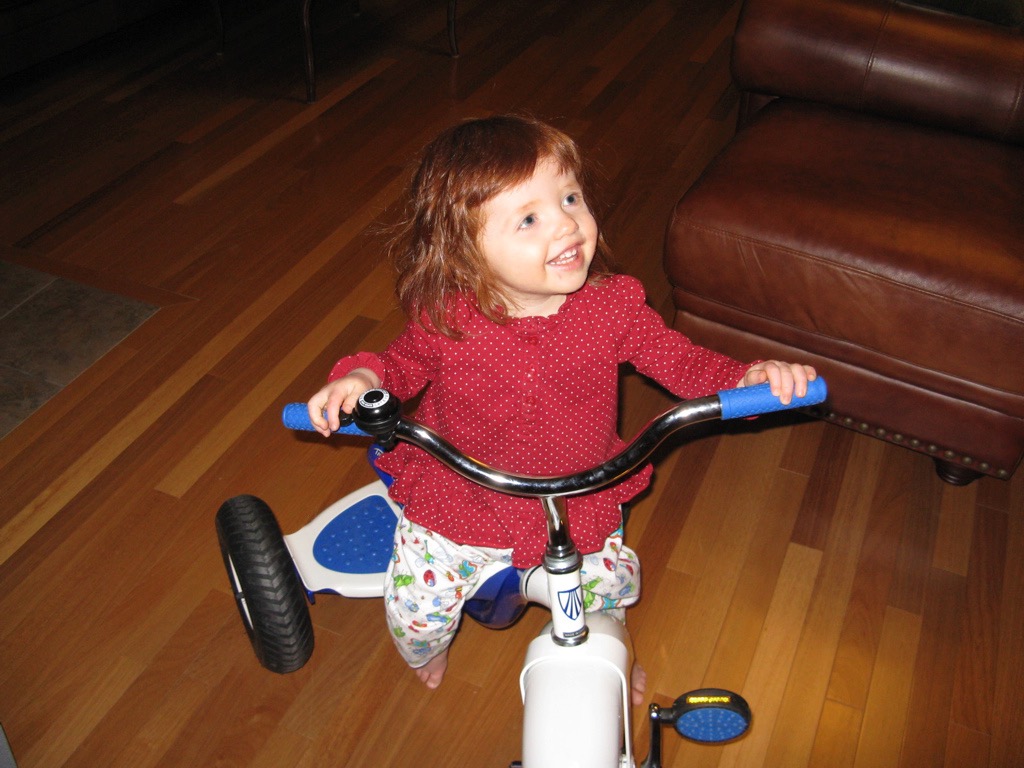 I have a teenager. This is a new thing. She’s the same person she was a couple of weeks ago, but now she’s a teenager.

At the moment, I’m sitting in my wife and my bedroom, with the dogs keeping me company, listening to my teenager play Christmas carols on the piano during her lesson. I’m impressed with her talent and intelligence, but also with her willingness and interest in practicing the piano, sports, math, and other interests. That’s my teenager.

She was a very good baby. She slept through the night from the beginning. As a toddler she was kind enough to give us a heads-up when she was getting into mischief, yelling from wherever she was “don’t see me.”

She couldn’t get enough of us reading to her and her mind was a sponge. When she was five she went to her first day camp at the university. They played Telephone and she started a round with a word she learned from watching television. Apparently the other children struggled with “palaeontologist”.

A few years ago we were in Toronto and spent some time with friends and family. One day we were visiting with Dave Hemstad (a nephew-in-law who was on episodes 9 and 50 of the Better Me Podcast) and some of his comedian friends. Our daughter was 9 and sat between Dave and his friends watching a hockey game on TV. Later, these people who are paid to be funny informed us that “she should be a comedian”.

Now she’s a teenager and will start high school in less than a year. I miss reading to her. I miss carrying her up on my shoulders. I miss laying on her bed with her listening to her tell me the names of the planets represented by the Styrofoam balls hanging from her ceiling.I miss walking down the street holding her hand.

But while I miss all of those things, I can’t wait to see where she goes from here.