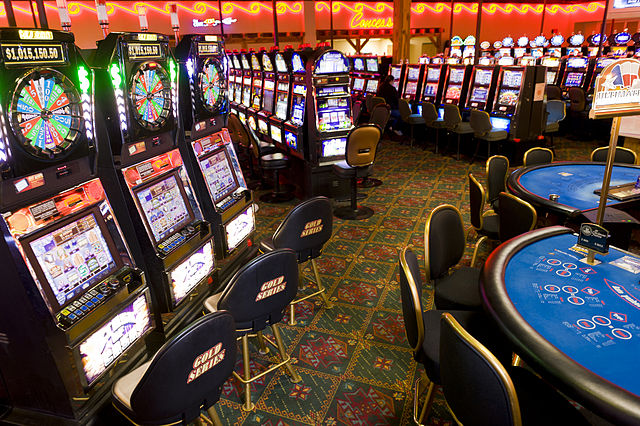 We used to take our daughter to the race track here in Saskatoon. It was free to get in and she liked to watch the horses. My wife and I would bring a total of $40 with us in cash of which we could each place some bets and buy ice cream for the three of us. That’s it. We didn’t bring more and we never used a credit card there. Sometimes we came home with some winnings, sometimes we didn’t. We looked at it as a night out of fun, with no expectations of making money, but also had solid rules about not spending more than the $40 we brought.

I was thinking about this the other day as the three of us were out for a bike ride. Given the path we were taking, we could have ended up at Costco, which made me think that riding our bikes to Costco or whenever we say we just need two items at the grocery store would be perfect. Being on bikes would certainly limit how much we could buy.

What other limits could prevent us from spending too much money, buying things we don’t actually need, or gambling away our daughter’s college fund. Actually, that last one isn’t a problem. We’re not gamblers, but if we were, taking only a set amount of cash with us is a great way of forcing a limit on us.

Our phones let us place limits on how much we use them. We have limits on some apps our daughter uses, for example. She has to ask for us to increase the limit if she hits it.

Having a credit limit on credit cards helps people from spending too much. The problem is that banks often increase those limits without asking the customer. I’ve actually told a bank to reverse the increase, mostly because it can create both a security issue and having too much available credit can get in the way of getting a car loan or even a mortgage, but if you have trouble spending too much money on things you don’t actually need, call your bank and ask them to reduce the limit.

Setting up limits ahead of time means you don’t have to rely on willpower, which often fails people. Research has shown that the more willpower you have to use in the day, it will start to dwindle and leave you with none by the evening when you might be going out for drinks or sitting at home binge-watching a show with a bag of potato chips and a carton of ice cream.

Think about what limits you may need in your life and then set some up. If you have any ideas, feel free to share them in the comments.