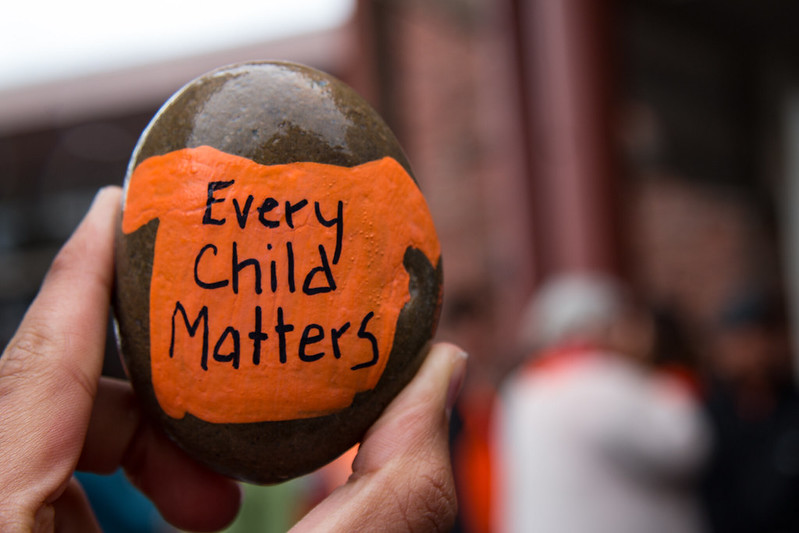 When a person suffers a trauma, it can take a very long time to heal. When the trauma happens to a people, and lasts for generations, it’s going to take generations for healing.

I was born in the United States on land that the Chumash people called home before European settlers arrived. Today I live on land that is part of Treaty Six Territory and traditional homeland of the Métis in Saskatchewan.

Saying that Canada failed to honour the treaties signed with the Indigenous Peoples, is an understatement. Not only did they not honour the language or spirit of the treaties, draconian measures were brought in in an effort to commit culture genocide.

Residential schools, the schools that Indigenous children were forced to attend, were designed specifically to strip these children of their Indigenous identities. They went months without seeing their families. They couldn’t speak the languages of their people. They were taught that Indigenous people were lesser, that their traditional ways, including their religious beliefs were evil. They were beaten, sexually abused, and neglected. Many of those children never came home.

Residential school survivor Phyllis Jack Webstad arrived at one of the schools when she was six years old. The clothes she came with, including the new orange shirt her grandmother had given her, were taken and never returned. Orange shirts have become a symbol of the children who were forced to attend these schools, as a reminder of what happened, of the lasting impact, and of those who never came home.

Today, September 30th, is Orange Shirt Day in Canada. Starting this year, it is also Reconciliation Day, a federal holiday in Canada.

Featured image courtesy of the Province of British Columbia under a CC-BY-NC-SA.